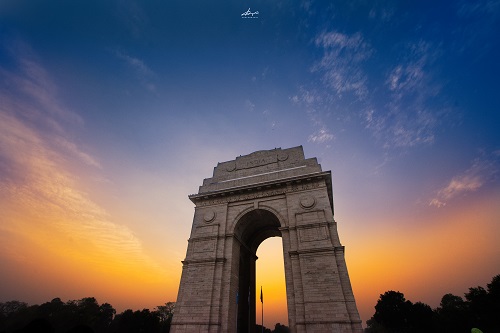 The best places to visit in delhi are Red fort, lotus temple and many more. New delhi is also famous as heart of India. Being an Indian citizen, we always hear about the attractive places to visit in Delhi. From the over crowded markets to historical places. And, spicy taste of street food to luxury experience, everything makes this city a wonderful place to explore in India tour. So, In this list of famous tourist places of Delhi, you will know about everything before your trip.

Tourist Places to Visit in Delhi

This is one of the most popular and wonderful place for tourists. There are many attractions that makes it a must-visit place in India. The famous tourist places in delhi are the historical places and the religious places. Let’s go!

Also, read- A day in Delhi

Best Places to Visit in Delhi under 10 kilometer

This is a popular tourist destination of delhi. Mughal emperor Shah Jahan built the red fort. The red fort is famous for it’s interesting architecture and carvings on the stone. And, this fort also has a museum with a large collection of armory and antiques. After Independence, this place has importance as a national heritage of India. So, the prime minister hoists national flag at Red fort on independence day of India.

The another name of India gate is All India War Memorial, that lies in the eastern edge of New delhi. During first world war, thousands of Indian soldiers lost their lives. So, In memory of those brave warriors, India Gate was built. It stands as a memorial of the British Indian Army. Also, it’s eye-cathching design makes it among the best places to visit in Delhi.

With the height of around 70 meters, Qutub Minar is one of the highest minarets in India. Qutub minar is among UNESCO World Heritage sites of India. The kutub minar of delhi was built during 12th centuary by Qutub-ud-din Aibak. So, it is famous as qutub minar. This is a world heritage site which is considered among the best places to visit in delhi.

Best Places to Visit in Delhi under 30 kilometers

This is the tomb of Mughal Emperor Humayun. Being a historical landmark in new delhi, Humanyun’s tomb attracts many people who love to explore historical places. This tomb is built in persian architecture that makes it very unique. So, this place is also considered among the best places to visit in delhi.

A Visit to Rock garden in Chandigarh

Another historical landmark in the New Delhi, Lotus temple is also famous as bahai house of worship. The magnificent architecture, and design of lotus temple always entices the tourists. And, as this temple resembles with lotus, so this is popular as lotus temple which is among popular tourist attractions of India.

If you are going on a trip to Delhi, then make sure to visit lotus temple. So, this is also considered as the best places to visit in delhi.

It is a modern temple with traditional Indian Arts. Being a hindu temple, Swaminarayan Akshardham portrays the culture, spirituality, and architecture of hindu religion. It brings Hindu culture to millions of people. This temple is inspired by akshardham temple of gandhinagar in gujarat. With the positive spiritual vibes, Akshardham is considered among the best religious places to visit in delhi.

Visit all the tourist places with a guided tour including all the popular attractions of delhi.

Jama Masjid is a popular mosque of muslim religion. It was built by Mughal emperor Shah Jahan during 1656 A.D. This mosque represents the culture, worship, and spirituality of Islam. It has three entry gates, and has the minarets of around 40 meters which maybe attractive. Also, the carvings on red sandstone and white marbles makes it very inspiring religious place. It makes this mosque a beautiful and spritual place to visit in Delhi.

Best Places to Visit in Delhi for Shopping

There are many markets in delhi. You will know about all the markets that you must visit during your trip to delhi. This is a list of all the most popular and the best markets to visit in delhi.

Sarojini Nagar is the most famous marketplace in southwest delhi. Other than tourists, locals also prefer this market for buying their clothes, and decorative items. This is one of the cheapest and busiest markets in Delhi. You can find a large variety of clothes at retail and wholesale price.

If you are planning a Delhi tour, then you can visit one of the largest markets of India that lies near to the old delhi railway station. The mughal emperor Shah Jahan established Chandni chowk market. This market is also famous as moonlight square because it surrounds with cannals in the past. Also, it is one of the largest wholesaler markets in Delhi. So, it stands among the best places to visit in delhi.

Do you love adventures? If you are looking for the best adventurous places to visit in delhi. Then here is a list of all the popular destinations that you must visit during a trip to this city.

This is a beautiful theme park in Delhi. This is the best destination of the youngsters. The Waste to wonder park has replicas of seven wonders of the world with detailed explanation. It will definitely make your delhi trip unforgettable because you can see all the wonders of world at same place. Isn’t it?

Other Famous Tourist Places in Delhi

You can book hotels in delhi at best prices with us. We offer discounts on all the hotels including budget and luxury hotels of delhi. No matter if you are a budget tourist or need to spend time at a deluxe resort in delhi, we will book your hotel stay in delhi. Also, if you want to book holiday packages to explore all of these tourist places in delhi then contact us to get free quotes.

Why Mumbai is a Great place to Explore

Also, follow us on social media to get updates about tourist places and offers on your travel bookings. 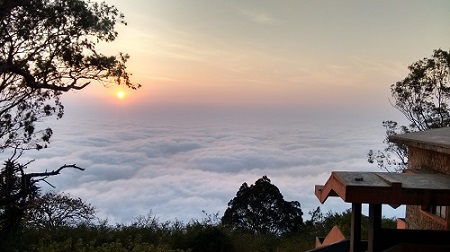 The southern tech city of India, Bangalore is famous for its heritage, nature parks, and attractive culture. The places to visit in Bangalore also attract tourists. It is the capital of Karnataka that is popular for beautiful tourist places. And, if you are there for your living then don’t forget to visit these tourist places… 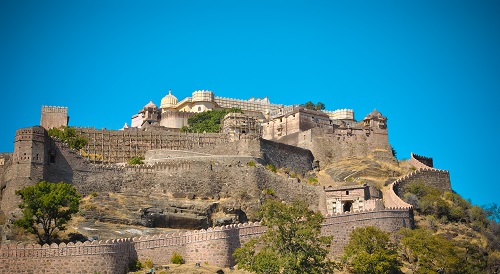 Kumbhalgarh fort in Rajasthan is one of the largest forts of India that represents the royal rajputana heritage. Along with the stunning surroundings, kumbhalgarh fort is a perfect place for tourists. With the dense forests all around it, exploring nature with heritage is undoubtedly an amazing experience. With the glory and pride, kumbhalgarh has interesting…

Mysore is the southern city of Karnataka that is 140 kilometers away from Bangalore. There are many places to visit in Mysore. It is the second-largest city and it’s the best tourist destination for travelers. The beautiful places of Mysore attract tourists. These places represent the history, heritage, and modern culture of this city. By… 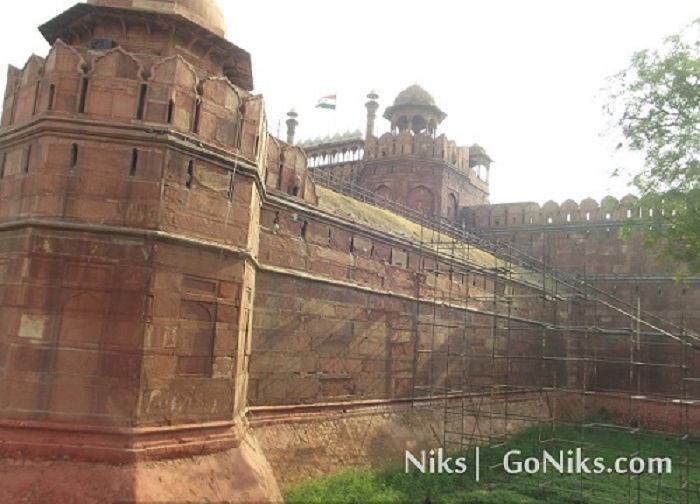 An ancient fort made of red stone glitters in the sunshine. Red Fort in New Delhi represents the glory of India as Delhi is the capital of India. The red fort also has historical importance as well as shows the culture and heritage of India. This is a very large fort that has Palace, Museum,… 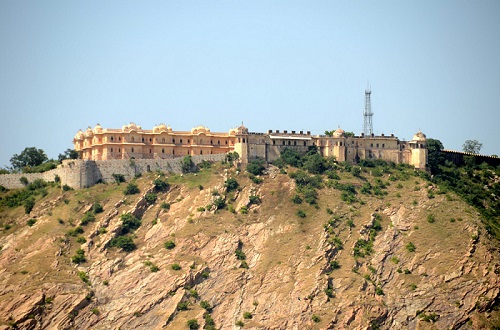 The Nahargarh Fort in Jaipur is another stunning fort which lies on a hill that is just 5 kilometers away from the city. Nahargarh fort Jaipur is an awe-inspiring place for tourists. With the pleasant views of lush-green mountains, this is undoubtedly a great place to explore. It is considered as the most popular picnic… 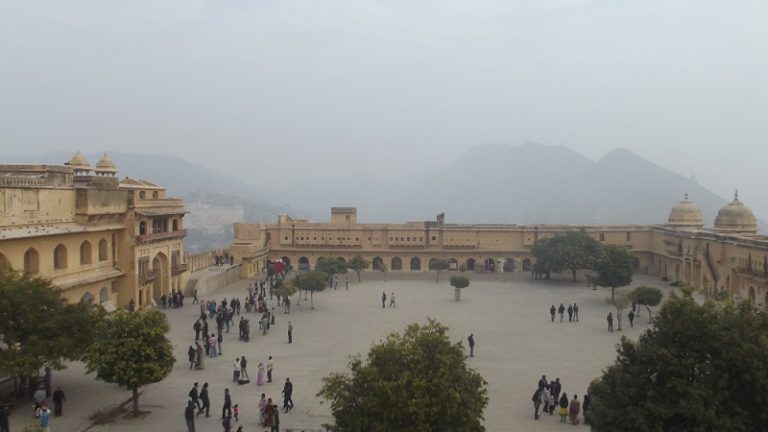 Jaipur is the capital of Rajasthan in India. This city is also popular as Pink City because most of the buildings are pink in color. The best places to visit in Jaipur are amber, Jal mahal, and many more. These represent a unique culture and history that attracts tourists from all around the world. This…