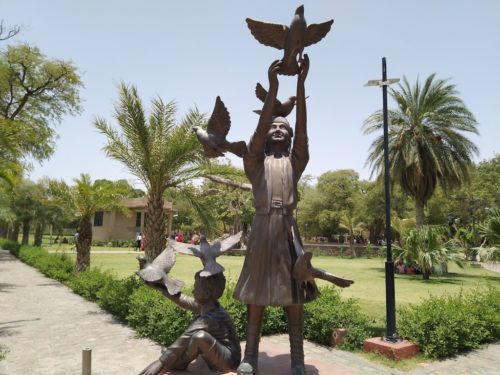 Subhash garden is one of the popular parks in Ajmer. This is near to the Ana Sagar lake. It’s named on a famous independence movement leader, Subhash Chandra Bose. Glad to see that at least some places are not named after politicians.

After taking the ticket, I headed inside this garden. Then you see a statue of Subhash Chandra Bose. It’s a green and very calm place. There were some date trees, green water near fountains, gym and amusement activity for kids. These are the things which can be good experiences in this park.

It was an afternoon. The sun was bright and it was so hot day. People were relaxing under the tree. I just continued to walk. I saw a temple of Lord Shiva, which is constructed like a shivling. Then you see that guards moving there to ensure the safety of the garden and other caretakers moving around. 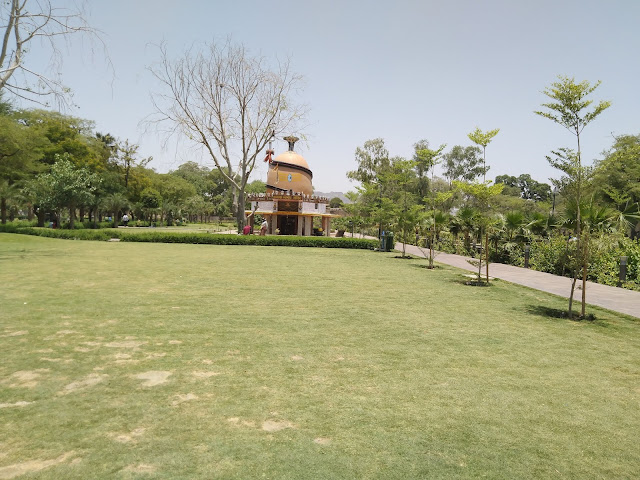 After all of this, I found something attractive. This is a statue of a lady with a pot on her head. It was really an appealing view. after some footsteps, I saw a fountain which has green colored water. I spent some time here and then move on.

On the way, I was looking for some shade as it was so hot day and I was too tired. Then I found a bench which was under a tree. I relaxed here for some time. A girl was sitting next to me. When I talked to her, she told me that she was doing preparation for getting a government job. She also told that only a few get selection in such exams. Don’t know why every Indian need a government job. It’s nice to talk to strangers by the way.

Then you see a gym along with some amusement activities for kids. Most of the peoples come here in Ajmer to visit ‘Dargah’ or ‘Pushkar‘. Last time I visited Ana Sagar lake in this city, which is the lifeline of Ajmer.

After all, it’s a good place to visit and spend time as there are many tree and greeneries all around. Along with this those statues and kids amusement is attractive.

Attractions of Subhash garden in Ajmer 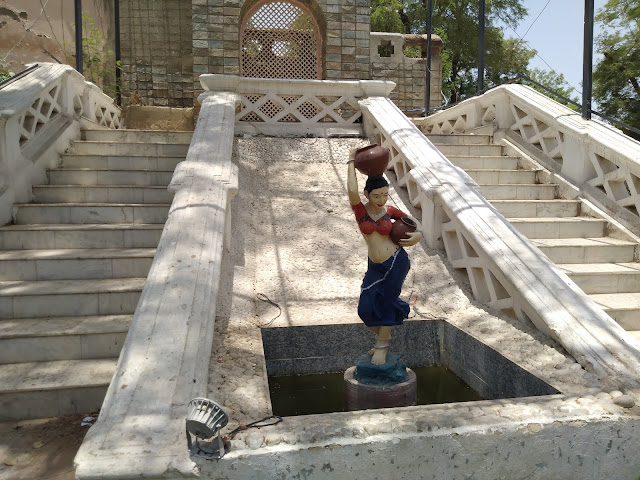 Timings- 9 am to 6 pm
Ticket- 6 rs.
Best time to visit- evening
Location- Near Ana Sagar lake, Daulat Bagh, Ajmer
Hope you like this post. Make sure to subscribe and give your feedback below. You can also stay connected on social networks to get updates.
Instagram- goniks7 and facebook- goniks007 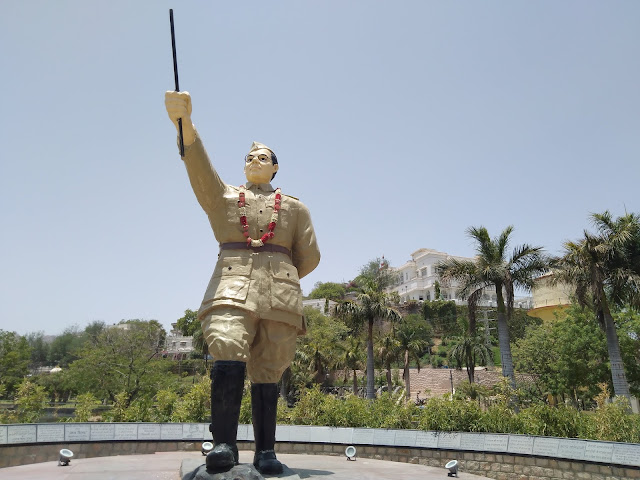