3 Days in Indore- Things to do in Indore

Indore is one of the cleanest and nice cities in India. It comes in Madhya Pradesh, which is a state of India. As this state is in almost middle of the country so it’s called “Madhya Pradesh”. This state is famous for its art and culture. Apart from all this, there are some hill stations and natural waterfalls in this region which may be magnificent for those who like to be in touch with nature.

Visiting Indore may also be good for food lovers who can have some tasty and spicy street foods. I visited some tourist places in Indore in these two days. If you have less time then you can at least visit places nearby to the city.

my first day in Indore was very lazy. I tried poha this day. It was very spicy, unlike other places I had ever tried. It was served with spicy pulses. if you want something spicy then it is a nice choice. I spent my whole day at our stay. There are a market and streets famous for street food, mostly spicy. Many dishes are available in these markets which are comparatively less in cost than other places with much better in taste. Night chaupati is also famous for food lovers.

This day I visited a palace and a zoo in Indore which was a bit far from our stay. The Palace was Lal Bagh Palace which is a museum with antiques and was a residential palace of royal families of the former rulers of this region. It was built by rulers of Holkar dynasty around 1850-1900 ad. This is a nice palace with magnificent architecture and design. There are many unique kinds of antiques in this palace with statues of tigers with there original skin which looks much natural.
Some peoples consider it to be one of the haunted places of Indore.

After this, we headed to a zoo in Indore city which was almost near to the palace. The name of this zoo is Kamla Nehru Prani Sangrahalaya. I found that this zoo is different from other ones I have visited because it gives a lot of space to birds and animals which is very essential for them. It gives them a natural atmosphere, which is very nice.

There were many animals and some beautiful birds too. If you love birds and animals then this may be a nice place to visit in the city. The best thing I like here is the white color peacock whose sweet voices attracted me to them.

A blog By Niks Joshi
Categories: IndoreMadhya Pradesh
Tags: ActivitiesThings To Do

Book the best hotels in Indore to spend your time with your friends, family, and special ones. We offer the best price at hotel bookings with exclusive deals and offers that make your stay easy. Read more… 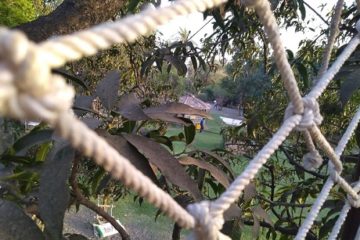 Rajwada is a royal palace in Indore. It shows the living standard of rulers of Indore. This palace is an eyewitness of Holkar rulers and Britishers. As the name “Rajwada” means “a palace of royal Read more…

You have successfully subscribed to the newsletter

There was an error while trying to send your request. Please try again.