New delhi is Capital of India and it’s union territory of India. Its a nice city with many places to visit. Its has importance in history and role as capital of India. The crowd, architecture of historical places, food and the peoples of this city are not less than any other thing to experience. 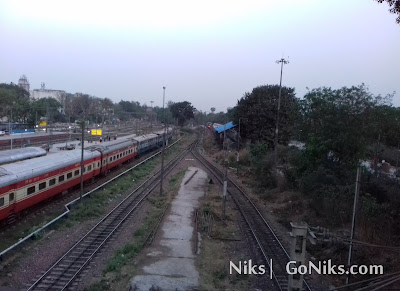 The city is overcrowded and full of traffic. I found the crowd of peoples everywhere in the city. This is one of the metro cities of India. This city adopted industrialisation at its peak.

I reached there in the early morning at 5 A.M. I reached there too early so I stayed at railway platform Sarai Rohilla railway platform in Delhi. I had to wait till 6, as that would be fine to proceed to visit the city. When I sat on the platform as I had to pass an hour, a schoolboy was sitting next to me. He told me that he is in 12th standard and he was waiting for his train. He told me that his Exam paper, which he already attempted was leaked so he was sad with that. Then I asked him about places near to railway station. He suggested me some good places and how to reach there so I am thankful for him. 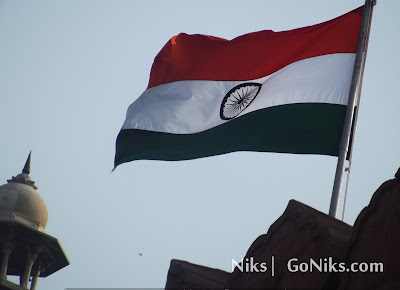 After waiting for an hour, though time passed too early when I talked to him. I headed to Metro station by hiring a cycle auto which cost me 20 rs. which took 15 minutes to reach. From the metro station, I took a ticket of Kashmir gate then from there to Huda city centre. After this next stop was ‘Chandni Chowk’ which was my final destination. It was nice to travel in Delhi Metro as it was so clean and signboards were so informative to pick up a train. 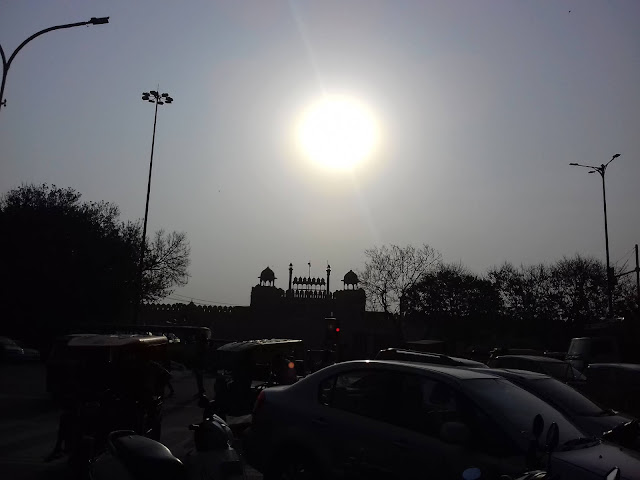 I finally reached to Chandni Chowk. It was not a clean place. After walking a distance of about 500 metres, I headed to ‘Parantha Wali Gali’. This is a street where you can find a different kind of Paranthas, like ‘paneer parantha, aloo parantha, gajar parantha and many more. I ordered Paneer parantha which cost me 140 for 2 paranthas. It was a heavy breakfast though. ( They don’t take orders for less than 2 paranthas so you have to order at least 2). It was so tasty, its worth to taste it.

After this breakfast, I went to Red fort which is almost near to Chandni Chowk. Red fort is made of red stone. It is built beautifully which is a nice place to visit if going to Delhi. Every year the Indian govt. celebrate Independence Day at Red Fort in New Delhi. That’s why it is an important place in India. 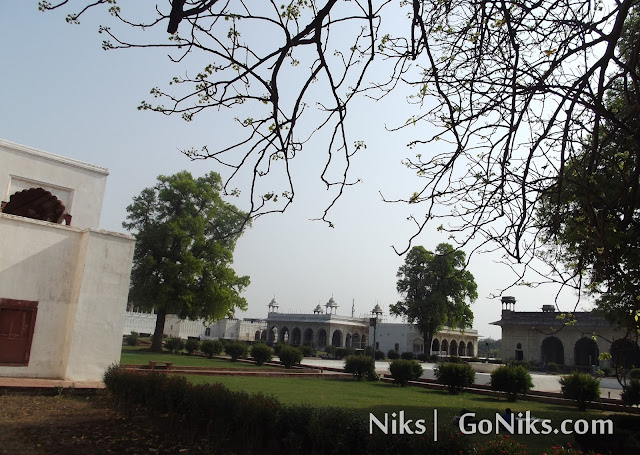 After visiting Red fort I headed to Chandni Chowk market. There I found many low price items but I didn’t buy anything. I had to buy a power bank for my cell phone so I had to go to the electronics market but cycle rickshaw driver bought me to Electrical market instead electronics market. I disappointed with this. As I had a train in noon so I returned to the railway station in New Delhi.

When I was looking for a bus for the railway station, I met a man around 50 years old who suggested me to keep aware of ‘pickpocketers and thieves and don’t believe anyone’. Once I doubted on him too them after checking my pockets I headed to the station.

When I reached the railway station, I sat at waiting hall and relaxed for a while and then my train arrived, as I had to go Chandigarh. This is how I spent my day in Delhi. Feel free to give your feedback.
Another post from Delhi at – Red fort at new delhi